DO IT YOURSELF CAT FENCE - OR HOW TO OUTVINNY THE VINNY!

We wanted to provide a safe environment for our indoor cats to enjoy the outdoors.  Our rescue cats are all former farm cats or semi-ferals and they continually meowed at the door to be let out.  So we started with a 4ft foot high metal deer/rabbit fence, but found that the cats used various means to escape.  They would scale a tree, get on a branch and jump outside the yard, or they climbed on gate posts and escape.  That was not acceptable, so we needed to have a safer enclosure.  Some of the cat fences and enclosures on the market were expensive, so we decided on the do it yourself option.  After an online search we came upon Alley Cat Allies - Feral Cat Coalition website and their cat fence instructions.  The link is from 1997 and the netting company does not seem to exist any more.   We started with their instructions and modified them to make the fence construction easier and to date, just as safe and effective.  We hope that you can also utilize our instructions for your project, but we encourage you to read their instructions first to get a general feel of how a cat fence should be set up if you don't have a fence or if you have an existing fence.  They also have tips on how to get your cat used to the fence.

Instructions if you have an existing chainlink or metal fence.

Examples of garden and deer mesh, green pole and metal rod and close ups of the fence 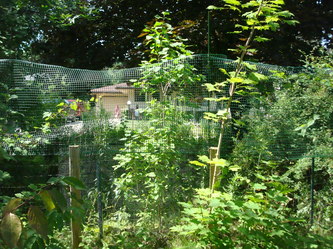 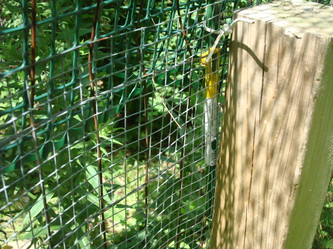 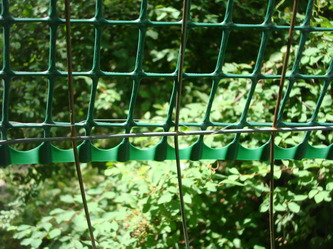 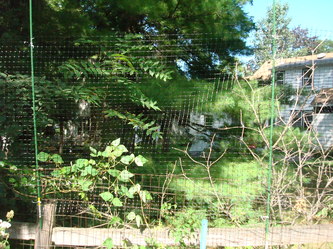 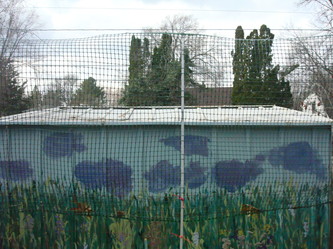 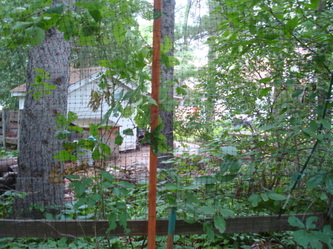 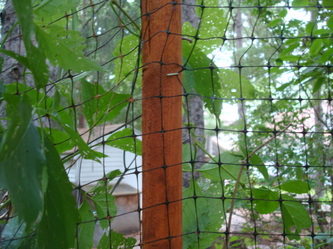 Example of barrier fencing at 90 degrees to the original fence 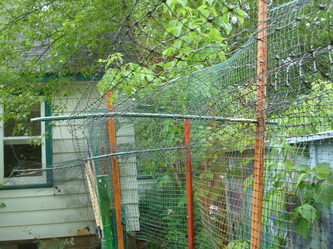 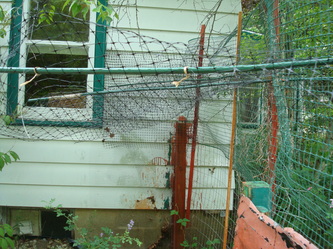 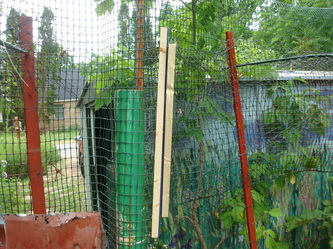 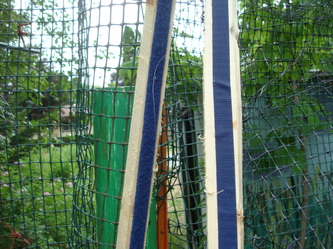 Back Fence with metal barrier     Back fence with netting barrier 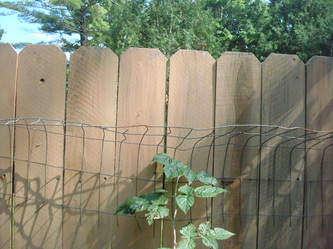 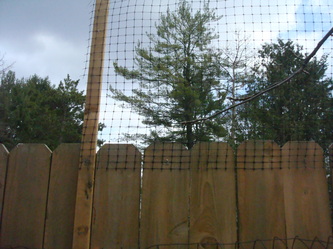 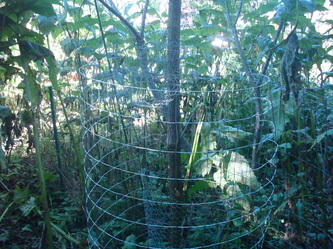 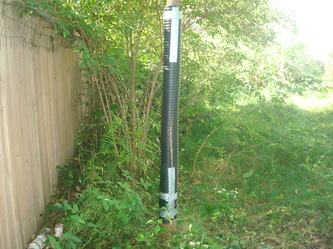 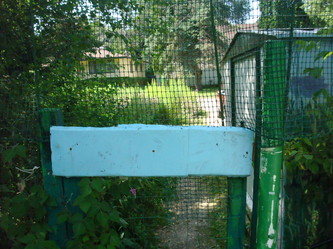 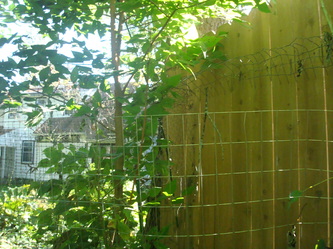 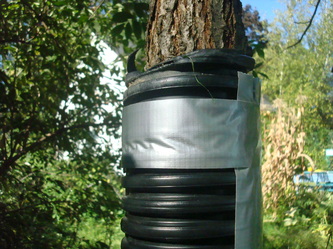 One of our friends built their cat fence with PVC pipe. You can find various diameters of pipe at any hardware store.  PIctures are below.  Brenda gives the following instructions:
The grid itself is glued together with PVC cement which makes it quite rigid.  It can then be screwed to a fence.  I suggest triple coated deck screws or stainless steel, or fastened to the fence with pvc hangers which are screwed to the fence as well.  The half circle hangers work well if face mounted to a fence.  Mine is fastened to the top of the fence with "legs" that go down into the posts that hold the fence up,  but if you are putting it on a wood fence you might want to make it taller so it can overlap the wood and still be tall enough and face mount it to the fence.

Small PVC pipe can be put over the furring strips to dissuade climbers.  We did this with one of our posts, but Vinny still managed to grasp the netting. It may be possible to put the netting behind the PVC pipe to make it less desirable to climb. (see picture below) 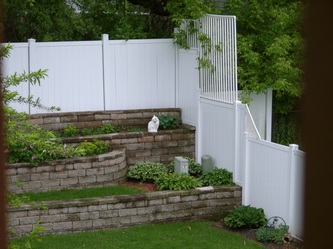 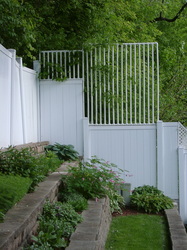 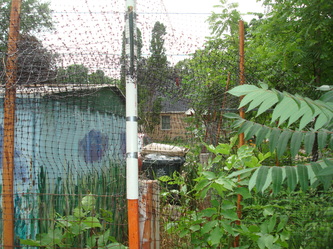 If you have any questions or suggestions, please email us at freia66@gmail.com This cat fence is a work in progress (due to Vinny figuring out how to escape) and we will update the website with improvements.  You can see pictures of our cats out in our yard on the website. We also realize that for some neighborhoods, putting up such a cat fence is against regulations.  Work with your neighborhood or city to convince them that a free roaming cat is a hazard to itself, birds and can be a nuisance to others.  There are people out there who are extremely cruel to cats and will not hesitate to take a free roaming cat for their evil purposes.  Your cat is safest in its own backyard. Thanks!